Less than two weeks to go

Hanko, Norway — 26 July 2022 – On Monday 8 August there will be 62 teams from 7 nations starting the first race in a 6-day series of races for the 2022 ORC European Championship hosted by the Royal Norwegian Yacht Club (KNS). This event will crown three new ORC European champions in each of three classes of racing.

This first race of the event is the Mills long offshore race whose length and duration is intended to last 30-36 hours for the slowest-rated boats in the fleet. On Wednesday 10 August racing resumes with two days of inshore races planned, followed by the Mills short offshore race of 10-12 hour duration on Friday 12 August. On Saturday 13 August will be a return to inshore racing followed by the Closing Ceremony.

Podium finishers will be celebrated for Class A (7 entries), Class B (24 entries) and Class C (31 entries), as well as the top Corinthian (all amateur) teams in each class. All shoreside events will be held at or near Hankø Yacht Club, and there will be two racing areas for the inshore racing held south of Hanko.

Teams in Class A to watch in this upcoming championship include:

– Michael Berghorn’s Mills 45 HALBTROCKEN (GER – shown at right), the 2021 ORC Class A World Champion from Tallinn a year ago.

– Per Ottar Skaaret’s TP 52 JOKERMAN (NOR), a local-based team sailing the ex-WOLFPACK that could take advantage of size, speed, and local knowledge.

Teams in Class B to watch:

– Mati Sepp’s E 44 CLEAN ENERGY (EST – shown left) that made its racing debut a year ago at the ORC Worlds in Tallinn. This boat is a new Matteo Polli design built using high-tech yet ecologically-friendly materials.

– Team Rebella’s IMX 45 PHILOXENIA (NOR – shown below), one of two all-female crews in the event that is priding itself on being «built from scratch» – more on this team in the coming weeks.

Teams to watch in Class C:

All classes look to be competitive – these are but a few of the teams capable of producing new champions in each class.

Stay tuned for daily race coverage, photos and videos on the ORC and event website, as well as the social channels affiliated with the event and with ORC.

The ORCi European Championship is certificated a green regatta by the FEE. The Royal Norwegian Yacht Club (KNS) works continuously to ensure that all parts of the organization are as sustainable and climate friendly as possible. 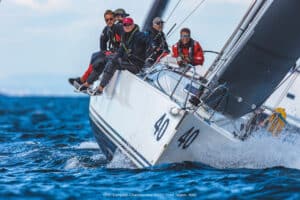 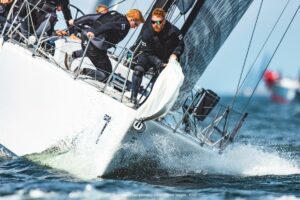 Under yet another day of sunny skies, race managers from the Royal Norwegian Yacht Club (KNS) used the perfect 12-15 knot southerly breeze to produce three windward/leeward 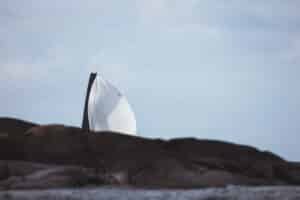 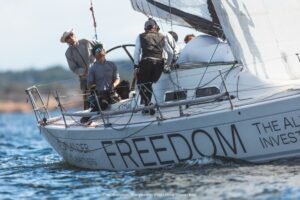 Hankø, Norway — 9 August 2022 – With the results now available from the Mills Long Offshore Race that started yesterday and concluded today, we have three leaders in each 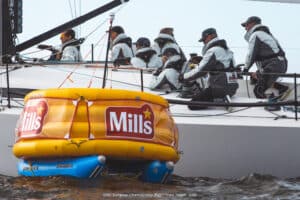 Mills Long Offshore Race is featuring a 24-36 hour tour of the coast of Norway and Sweden, with several long legs positioned for multiple wind 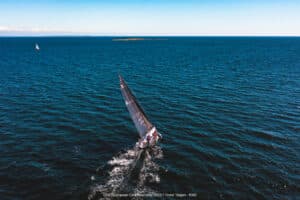